Have you ever thought about turning a casino game into a source of permanent, stable and serious income? Many players began to dream about this even before the first solid casinos appeared.

However, most players rarely go beyond ghostly fantasies, which are based mostly on beautiful scenes from the cinema. A small part uses some strategies or roulette playing systems or something similar to bankroll management in practice. But only a few seek seriously to gain an advantage over the casino.

It is well known that you can get the edge or at least level your chances with a casino by counting cards in blackjack. Quite a few professionals have successfully used the card counting for several years, refining strategies and constantly improving them. We wrote earlier about the basic rules and principles of blackjack card counting, therefore there is no point in repeating the information. You already know that the card counting technique comes down to determining the ratio of the remaining low and high cards in the decks. Thus, based on the information received, the player changes the size of the bet, increasing it with a profitable deal and decreasing it with an unprofitable one.

Casino is not going to put up with players who count cards and thus gain an edge in the game. In order to maintain its advantage, the casino goes to any actions: shuffle machines are set, some cards are removed from the shoe, the rules of the game are changed or suspicious customers are denied service.

It is likely that the war with card counters, which has been going on for nearly several centuries, will always continue. In this article, we’ll see how the story of the professional blackjack gambling began and how it developed. We will recall the brightest, outstanding players in the blackjack history and mention the most successful card counters of our time.

Who Started it All? 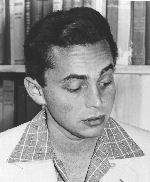 A well-known mathematician and physicist Jess Markum (Markovich) was standing at the source. Historians consider him to be the first player who managed to apply his scientific knowledge in blackjack and achieve, thanks to this, a serious success in this field.

This outstanding mathematician was born a century ago, in 1919, but came to the casino first time only thirty years later. Marcum watched the game process with interest for some time and finally came to the conclusion: the intuition in this game is extremely inefficient, without a clear strategy, it is difficult to expect a win.

Jess did not have expensive computing equipment at that time, but this did not stop him: the scientist took a piece of paper and a pencil, and this turned out to be quite enough to perform basic calculations. Actually, it is Markum who is the author of the very basic strategy that you probably have already used. However, the mathematician did not stop there, wanting to achieve perfection, he continued to work and created a full-fledged card counting system, which, according to calculations by modern analysts, brought him more than 3% advantage over a casino, which is a very solid result.

Practice fully confirmed the theoretical calculations of Jess: the number of casinos “defeated” by him exceeded all imaginable limits, thus he became the real legend of his time, whose name appeared on the pages of magazines and newspapers.

Naturally, casino security officers suspected Marcum of cheating, but he did not use any of the prohibited technologies, and no one had heard about card counters at that time. However, after some time, the player ceased to be allowed first to the institutions of Vegas, and later of the other American states. Jess went to foreign casinos, but over time, even the casinos of Cuba blacklisted him.

It is believed that Jess took the secret of the invented system with him, it also remains unknown what amount of money he won. When blackjack card counting became an extremely popular occupation, he had abandoned this occupation. Jess died in 1992.

The so-called four horsemen of Aberdeen, four mathematicians: Jace McDermott, Germert Mazel, Wilbert Canty and Roger Baldwin. Young scientists were fascinated with blackjack exclusively from scientific interest: none of them had any practical experience in gambling. However, the lack of gambling experience did not prevent the guys from calculating the basic blackjack strategy, which was later published in the American Statistical Association journal.

In 1957, a book of the devoted to blackjack young scientists was published. Contemporaries did not appreciate the publication, fame came to this book later. Today, the Horsemen of Aberdeen are included in the Blackjack Hall of Fame.

Edward Thorpe, Who Managed to Reach a New Level 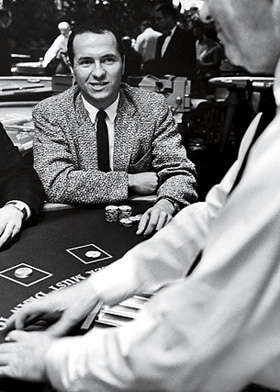 In the early sixties of the last century, the “Beat the Dealer” book was published, which, according to the experts, is considered the most significant work in the development of professional blackjack today. This book was written by the young scientist Edward Thorpe — the most influential expert of blackjack, according to the authoritative Western publications.

His story began with the fact that he got interested in the works of the Four Horsemen of Aberdeen on blackjack. At first, Thorpe decided to just check the calculations of the mathematicians, then he saw in this a practical benefit. The mathematician already had IBM computers at his disposal, so he wrote several effective programs that made it possible to create an accurate card counting system and basic strategy.

Unlike the book of four scientists, Thorpe's Beat the Dealer was incredibly popular, because ordinary players finally realized that they could, with certain skills, beat the casino.

However, the book was read not only by gamblers but also by the casino owners, so the rules of the game were tightened. The confrontation between players and casinos reached a peak and the casino owners had to make serious concessions. Thorpe’s achievements, described by Beat the Dealer, have not been forgotten — he is included in the Blackjack Hall of Fame.

Contrary to popular belief, Edward Thorpe’s card counting system could not be used by anyone, and this is its biggest drawback. Thorpe's system was very complex, and it took some time to master it. Thorpe’s system just needed to be simplified, and Julian Brown became the man who did it.

Brown was a programmer and a mathematician, he was not a professional gambler, but the very idea of leveling the advantage of a casino and giving an advantage to a player seriously enticed him. The result of his work was the How to Play Winning Blackjack book, which, unfortunately, was not very popular. But the results of the programmer’s work were successfully used by other experts.

Ken Aston, the Man Who Simplified the System

Every year, mathematicians systematically simplified the system of obtaining a mathematical advantage over a casino. In the 80s-90s, the players were able to use computer equipment, which made the calculations previously requiring an incredible amount of time and effort elementary and accessible to everyone. Stanford Wong and Lawrence Revere presented very simple card counting techniques, which, however, have also been simplified over time.

In the late 1970s, Al Francesco created the first team of professional players, which went down in history due to the fact that the team “bombed” a lot of casinos, using both the achievements of their predecessors and tricks of their own invention. By the way, Ken Aston was a member of this gambling team, though he became famous for publishing very interesting books about blackjack and participating in a sensational court case against Resorts International Casino, New Jersey. In the lawsuit about card counting, Ken managed to win. This automatically legitimized the activities of counters but led to the fact that the rules of the game were tightened in the state.

By the way, Ken's group was the first to use electronics for playing in casinos: there were chips hiding in their clothes, giving the team members the opportunity to exchange signals and beat the casino. The most surprising thing is that after the exposure of enterprising players, it turned out that the charges could not be applied because at that time they had not violated a single law. But after this incident, the US Supreme Court banned the use of electronics in gambling.

Casinos and card counters are in a state of war: some seek to secure their business, while others, respectively, bypass the implemented security systems. The cheats and professional counters use the most complicated equipment and original schemes, and the casinos spend huge sums on improving the security system. The end of this confrontation is not visible yet.